The Age of Cataclysm is a 1973 book co-authored by Alfred Lambremont Webre, JD and Phillip Herman Liss, PhD that integrated parapsychology and modern earth sciences of geology and seismology with biblical and Indigenous prophecies and the Earth changes predictions of American psychic Edgar Cayce (1877-1945), later declared to be the product of a “trickster Interdimensional entity” by author David Wilcock, who also has reported himself Edgar Cayce’s reincarnation.

Alfred’s co-author in The Age of Cataclysm, Prof. Phillip Herman Liss, PhD, was a Professor of Experimental Psychology at Rutgers University, as well as a scholar in parapsychology and the study of Extraterrestrials. Phillip Liss was also a Contactee and Abductee of Interdimensional intelligent entities.

The Age of Cataclysm, written and published as part of the 1973 Watergate turmoil [Watergate refers to a specific entrance to the Jewish Temple in Jerusalem], sets out an analysis of the political assassination of John F. Kennedy, the political duopoly of the 2-party system in the United States. Co-Authors Webre & Liss propose a publicly financed debate-based election system in the US, and a new Constitution more along the lines of a collective Executive chosen by proportional representation, rather than the Monarch-like individual Presidency the US Founders fashioned. 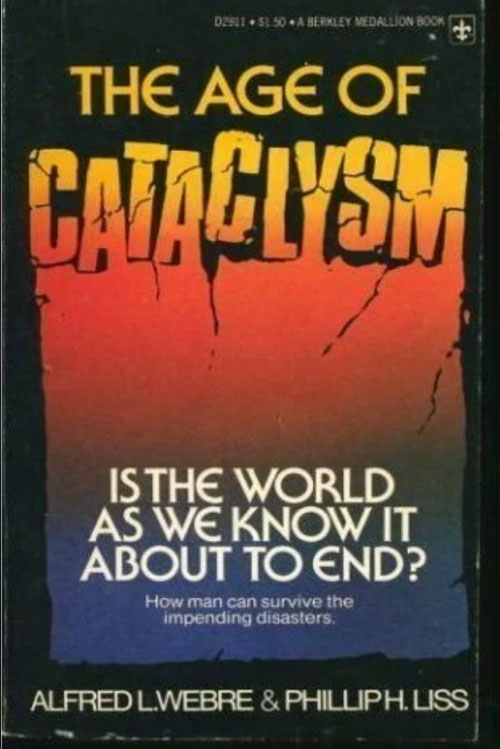